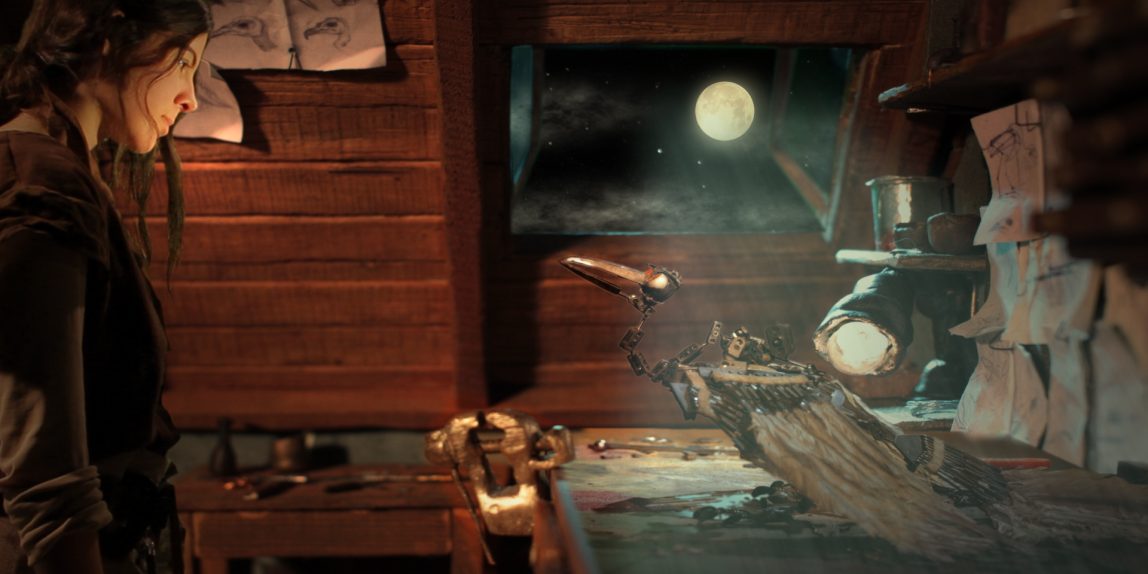 My graduation film from the Bristol School of Animation (2014).

For my graduation film ‘Moonbird’ I combined stop motion animation with live action film, a miniature set as well as digital compositing and effects.
I animated the ball and socket armature which I had built during my second year. Find more about the fabrication process of the armature bird here.
The shoot for the film consisted of three parts: shooting the set backgrounds (more on the construction of the miniature attic set here), shooting the animation with the bird and finally shooting the live action parts. It was a challenging process to combine everything and working out the best planning and order of things, all within the constrants of time and space available. I shot everything in the same animation unit at the university. Animation and live action were shot against green screen, which I lined up with the miniature attic backrounds. There was a lot of fiddling around the get the angles of the desk surface and window frame lining up as well as getting the lighting to match.
For the outside flying scenes I made use of 3d space and camera’s in After Effects in which I created digital clouds. In the scenes where Moonbird is flying through space, he is animated on one spot, as I was limited on space to get the camera far enough back while keeping space to light the green screen. I would then later shrink down and move the bird through the shot in After Effects.

See the image gallery below for a few behind the scenes pictures from during production.