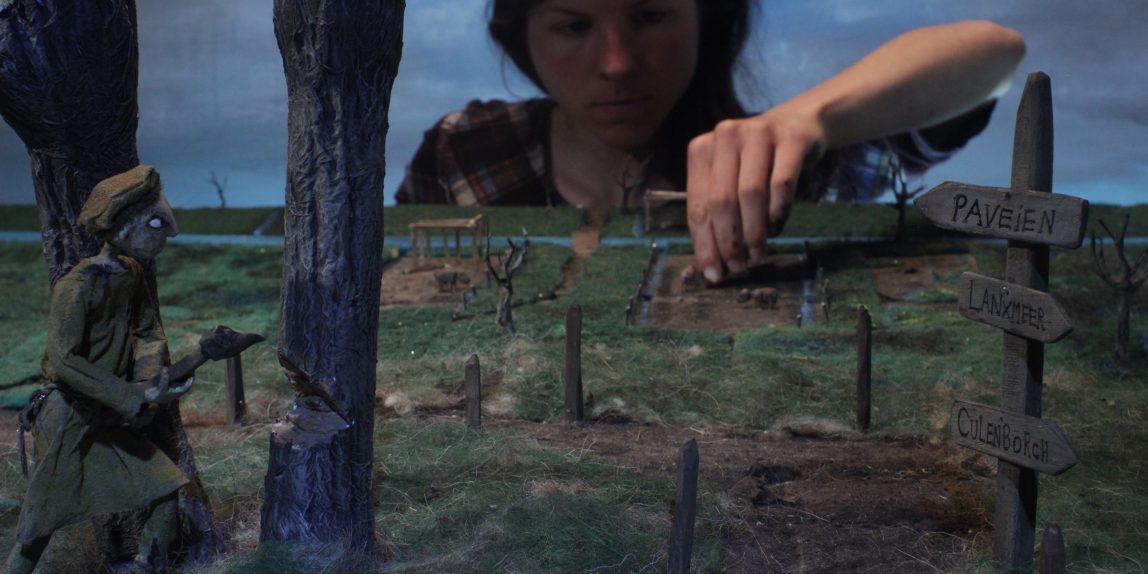 For the Historical short film commission ‘Nieuwstad’ (New City) the sets and props played a very important role. Almost every shot was at a different or changed location and had to be historically accurate. 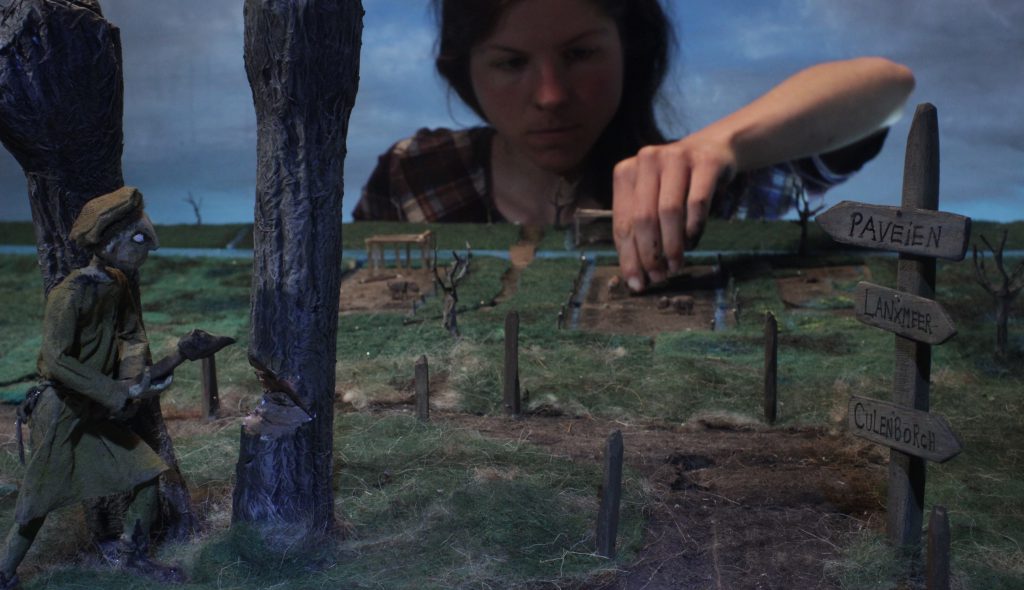 Nieuwstad is a short historical commissioned film I made to be part of an educational historical walk in my hometown ‘Culemborg’ in the Netherlands. You can watch the full film here.

The film tells the story of a medieval farmers family, who are given a piece of land and build a farm, plough the land, raise crops, etc. A village grows around them, but then their farm and the rest of the village get flooded and they have to move to the nearest town which was built on higher and drier land. It tells the story of how a new neighbourhood ‘Nieuwstad’ (New City) was formed by all these farmers moving to the town.

It was important for the story to show the farm being built, the village emerging and to show the town they were moving to. This required wide shots and a lot of elaborate and changing environments, whilst the budget and timeframe was limited.

To achieve a sense of space whilst having a limited space to build on, I made use of forced perspective as in the image above, where different materials and different scales for the foreground and background gave the illusion of a wider landscape.

One quite labour intensive process was re-painting the background for almost every shot. I painted all the cloudy skies by hand, but because the time, days and years are changing throughout the video the sky had to change constantly.

The base of the set are brown rubber mats which I made to look like textured soil and which the puppets were secured into with pin tie-downs. The foreground grass is made of sheep wool whilst the smaller scale background grass is made of scouring pads. I used real wood for many of the props as well as cardboard, modelling foam, coco fibre, paper mache and also the hairs of a broomstick to create the straw roof of the main farm building.

The main elements of the set I was able to re-use for all the different sets, as I was mostly pinning down the grass, poles and other elements onto the rubber soil textures. The main structure of the farm house was being built throughout the film, so I made it in parts that could be added between shots, and then finished the straw roof between animating shots.

The farm in different stages (as shown in the final video): 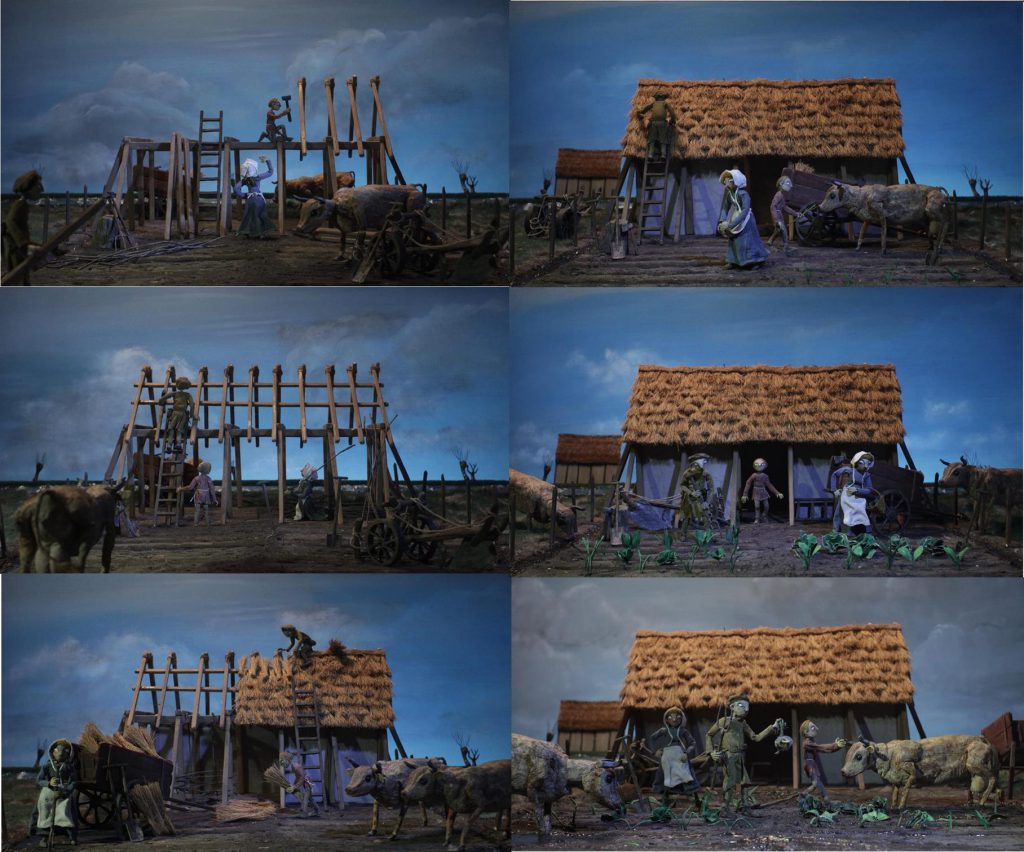 The main props I built for the set were the plough and cart on wheels, both with functioning turning wheels and fitting onto the cow puppet’s backs. Smaller props were various hand tools, spades, forks, axe, crops, etc.

In one of the shots the farmer returns to the village when collecting wood, and looks out over the flooded landscape under a sunset lit sky. With a lot of hair gel and another sky-repaint I transformed the village miniature for this shot as can be seen in the time-lapse below.

Here is a comparison of the same set in different stages. It was shown when it was being built, then when finished and lively and finally when desolate again and flooded. 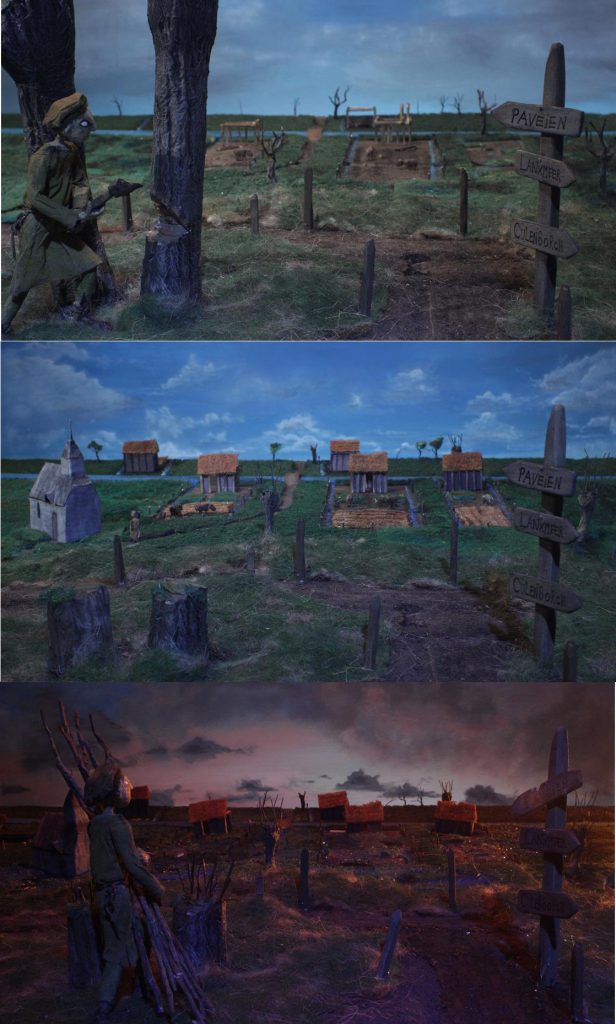 Below are some more stills from the finished film showcasing various miniature sets. 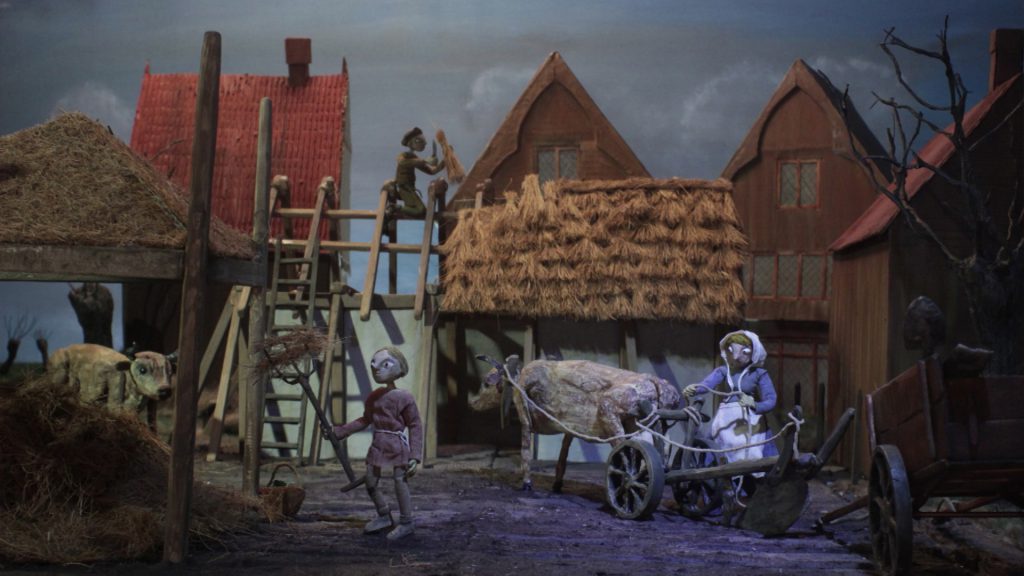 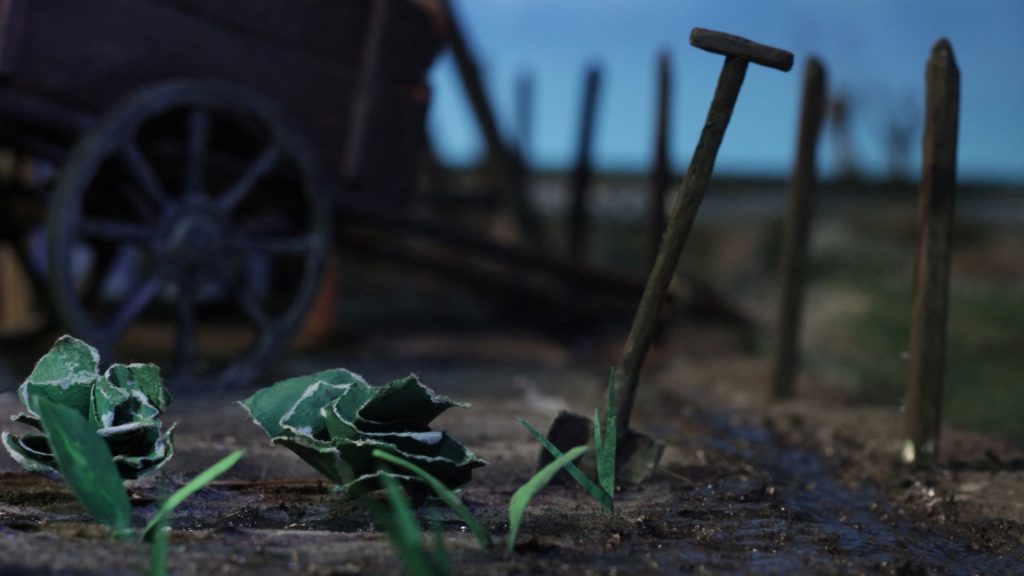 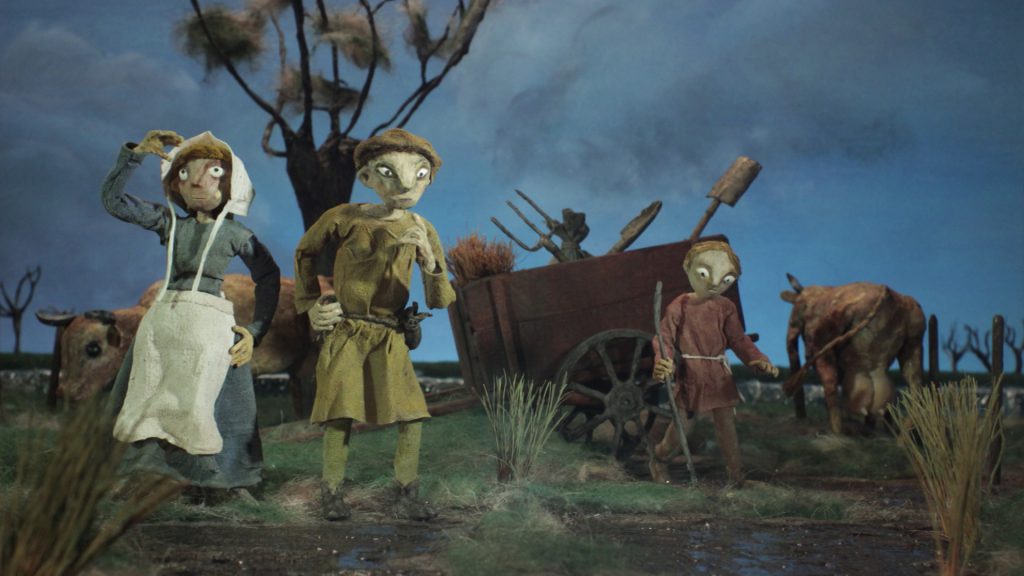