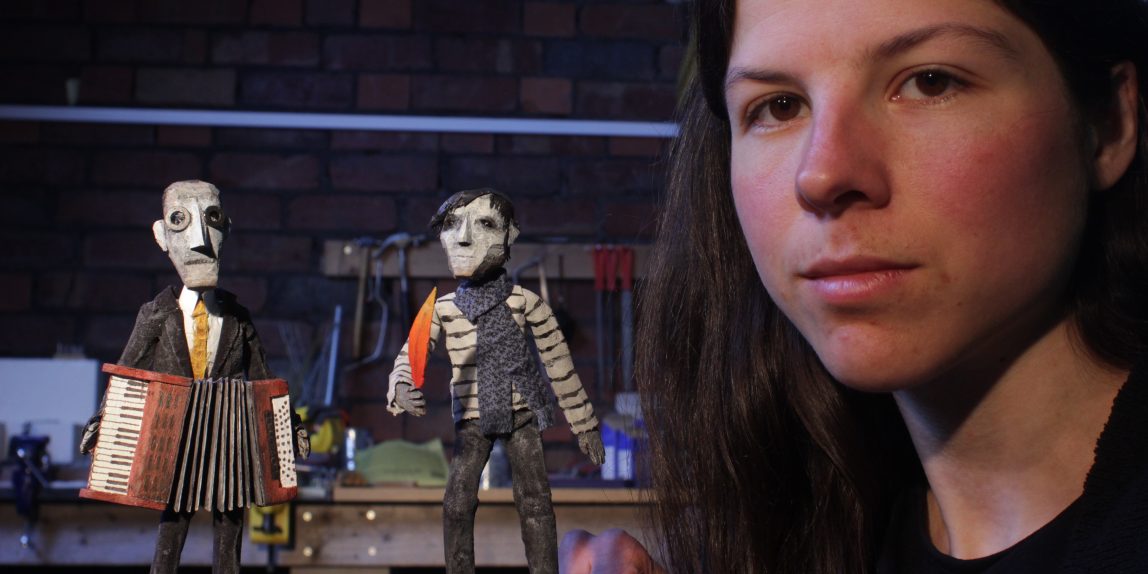 When television and social media combine…
After the One Show episode with the Ron & Russell puppets aired on BBC One (see previous post), the news that a Dutch animator had been involved reached a Sparks fan and journalist from my hometown. I was approached by Bram van Schaik who interviewed me the same day over Skype, and wrote a lovely article for the Dutch regional paper AD Utrecht, about my contributions to the music video as well as about my animation work in general.

The video has received a lot of great reviews and has been written about and featured on various blogs and websites. All creative credits go to Joseph, who wrote and directed the video. This article focused on my contributions as ‘local talent’. I have written more about my contributions as animator here and as puppet maker here and here.

The digital version of article (in Dutch) can be found HERE