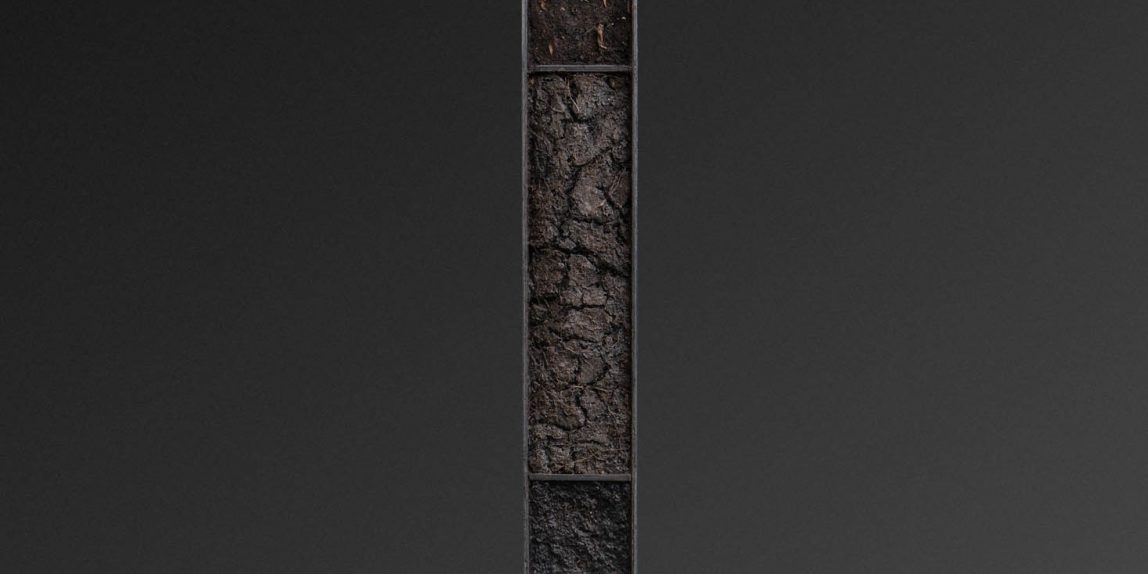 I was approached by drinks brands design company Contagious to make 40 metal soil sampler with realistic looking peat layers in the extrusion, to be part of the ‘Masters of Smoke’ programme from Ardbeg Whiskey, to be presented by Ardbeg’s whiskey ambassadors to educate bartenders around the world about the complexity of the whiskey they are pouring.
Because the soil samplers were to explain the specifics of the origin of the smoked peat flavour, it was very important here to achieve realism in the exact soil textures, colours, touch and feel of the models.

I started with a range of material tests for each different soil layer. Once these were approved, I created one complete prototype of the model to send back to the client.
After approval of the prototype, I created moulds for the main peat layer sections and then casted for 40 copies of the model. Each copy was hand-finished adding additional soil texture, painting and adding small details such as artificial roots, grass and moss to each model. Each model was assembled and made solid and sturdy enough to travel around the world with the Whiskey ambassadors.

The scaled model layered peat soil sampler became part of Ardbeg’s ‘Masters of Smoke’ toolkit, designed by Contagious to increase awareness and educate the industry whilst celebrating Ardbeg. The programme was very well received by ambassadors and bartenders and ‘Ardbeg Masters of Smoke’ won the 2019 Campaign Innovator of the year, in the Icons of Whisky Awards.