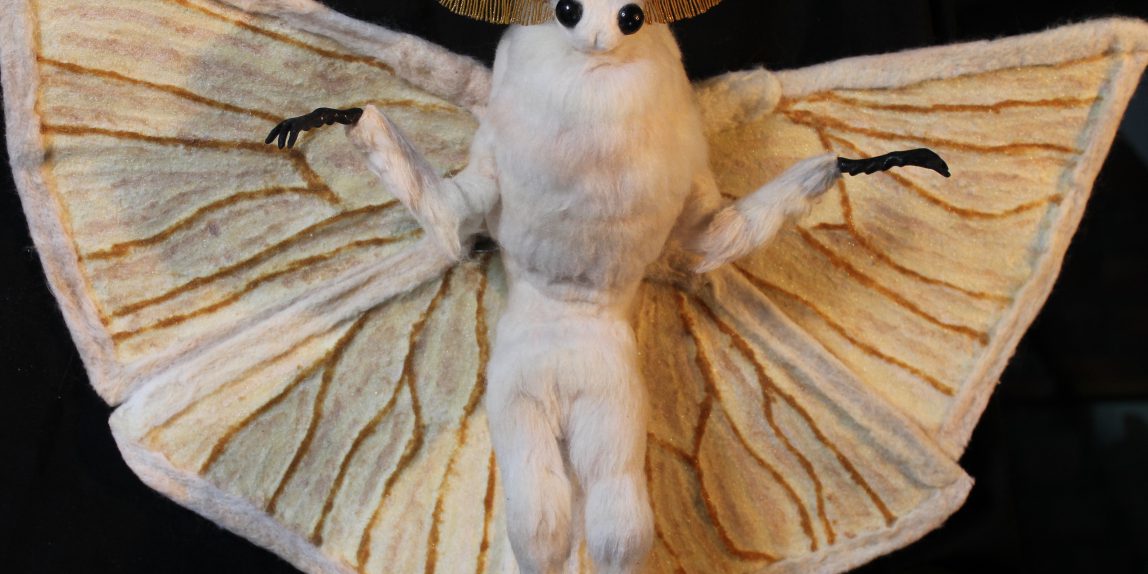 I built this mothman puppet from armature to finish for a (currently in production) NFTS graduation film by Director. Ewa Luczkow. (Design by Ewa, complete fabrication by me.)

I was commissioned to build this puppet for an NFTS graduation film. I constructed and partly designed the ball and socket armature which was commissioned through John Wright Modelmaking. I then finished the rest of the puppet which included hollow resin casts, silicone moulds, plaster moulds, silicone casts, needle felting, flocking and other fabrication methods.

A lot of different processes and methods went into making this puppet. I have broken down the image galleries into different stages of the build. Below are the initial designs I was sent to work from. John Wright designed the initial armature based on the concept drawings, and I later adapted these to incorporate the wing armature parts and some neck adaptations. Below are a few examples of technical drawings I used and made during the process.

After the main ball and socket armature was built I realized I needed to add some more metal structure around the neck to support the hollow resin core parts I designed to be under the bulky neck. The hard resin parts make it possible to add the furry exterior while still being able to access all the joints inside the armature, and with minimal distortion of the fur layer during animation or constraint of the joints, as well as keeping down the weight of the puppet.

See image gallery below for further images and details about the fabrication process after finishing the armature and core parts. These include making the silicone claws, the antennas, flocking the inside of the wings and the process of applying the needle felting wool as fur on the body as well as felted for the outside of the wings.