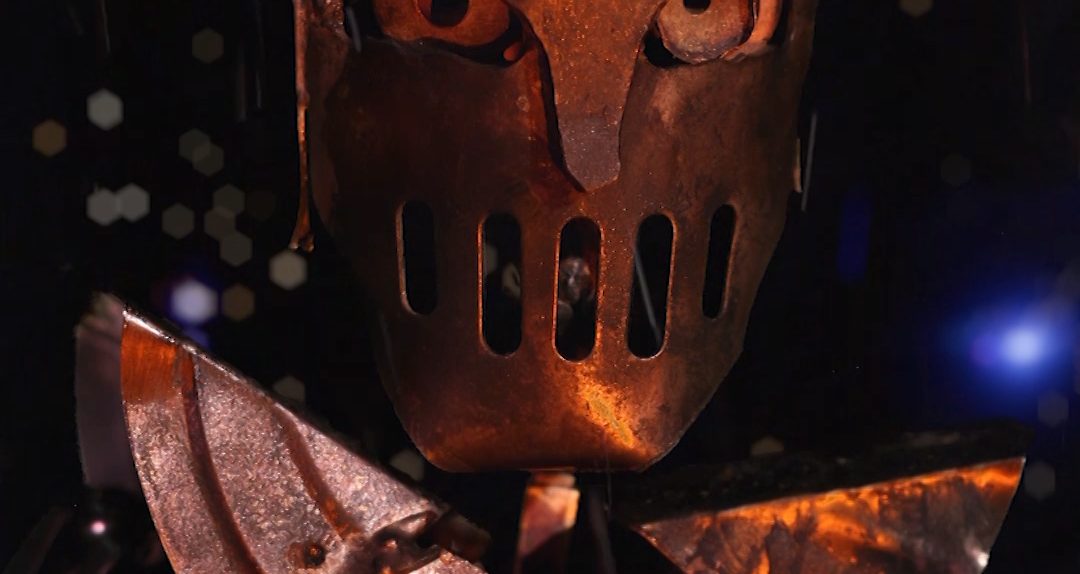 Main character of the music video ‘Welder’ by ‘My Octopus Mind’. 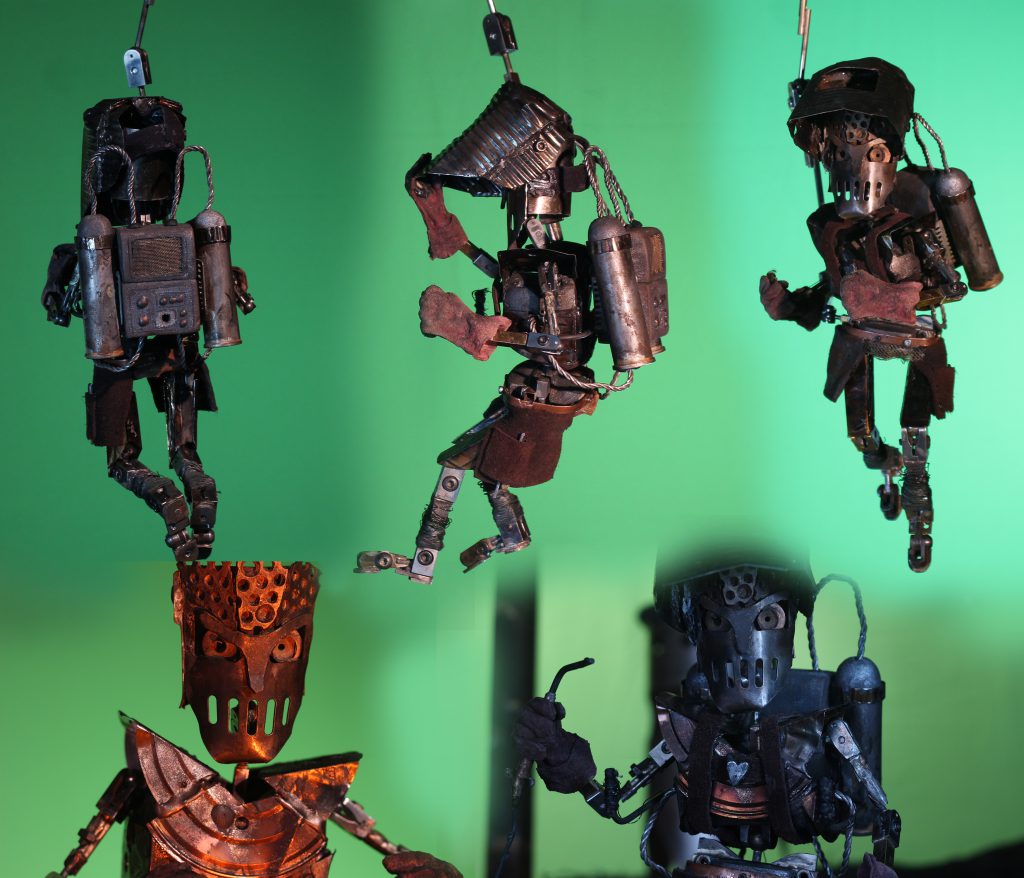 The welder character is made mostly from metal, tin cans and some model board, leather and foam with latex for his gloves. The ball and socket armature is put together from old discarded armature parts that were kindly donated to our studio (Hangar Puppet Animation Studio) by Aardman Animations. The face is constructed from found metal parts which I cut, grinded and silver-soldered together. The welding mask is made from tin cans and is attached with a screw on each side to allow for a hinging mechanism.
Below are some images of the main armature assembly.

After the main armature assembly I worked on the more bulky parts of the character. Initially it would have been a nice idea to make everything from metal, but that would have made it quite a complicated construction and involve a lot of silver soldering. So I decided to make the chest area and parts of his legs from a model board that is easy to shape, and could be sanded smooth and painted with metallic colours to still give a metal appearance. Part of this I covered with tin cans which form the ‘armour’ of the welder’s chest and leg areas. A tricky material to work with, and because it is aluminium silver soldering wasn’t an option anyway. The epoxy glue I used however gives a nice appearance of welding joints when painted with metallic paint. 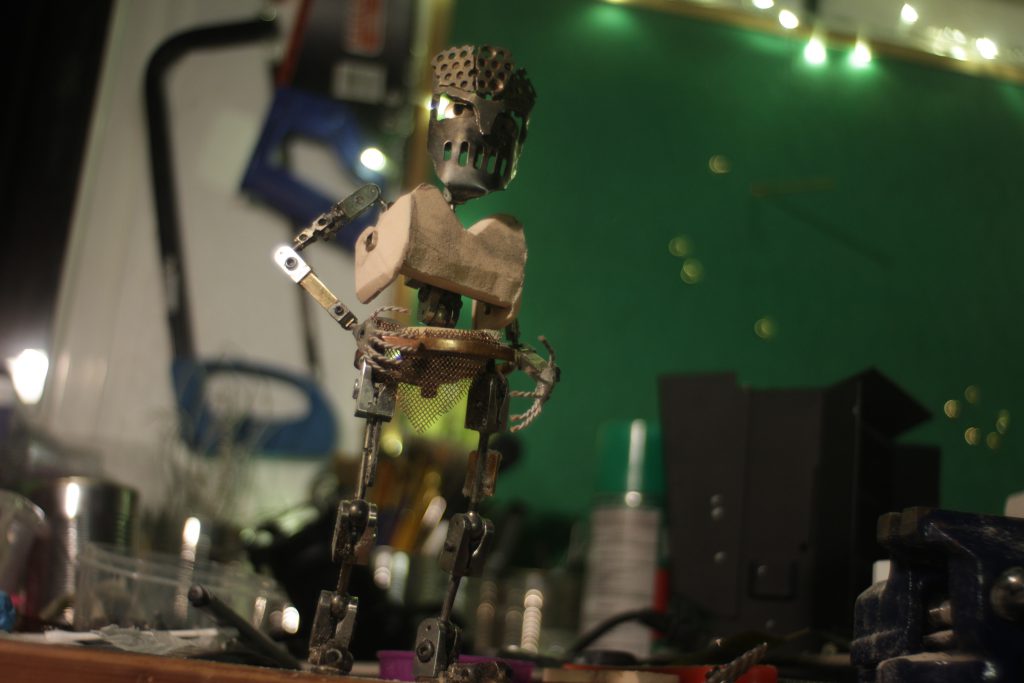