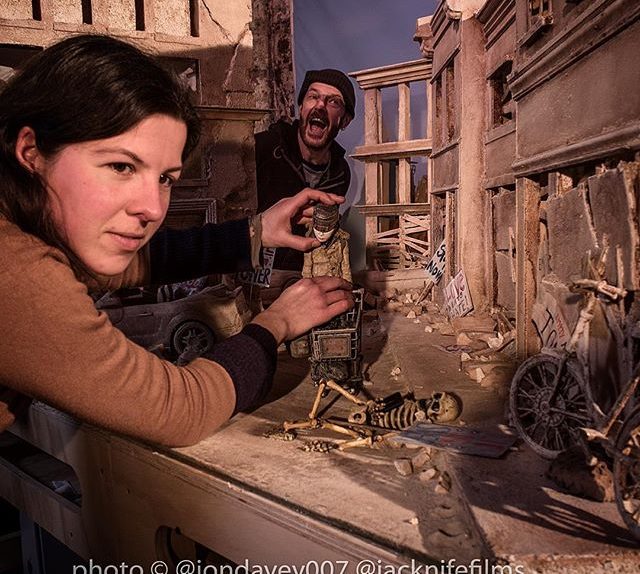 The stop motion music video ‘Things it would have been helpful to know before the revolution’ for Father John Misty, which I worked on as key animator and puppet maker has just won an award for ‘best indie/rock video’ at the prestigious UK Music Video Awards (UKMVA) ! The video was also nominated for ‘best animation in a video’.

The winners were announced Friday 28 October and are listed on the UKMVA Website: http://www.ukmva.com/content/winners

I recently did an interview about my involvement in the making of the video to appear on a blog about stop motion, aimed at anyone in love with this magical art form. The interview has just been published and can be found here.

Big thanks to A.H. Uriah for featuring me on his blog and the great article with an elaborate review of the project. You might want to check out the rest of his blog which is full of further interviews and articles about a wide variety of stop motion projects from all over the world. 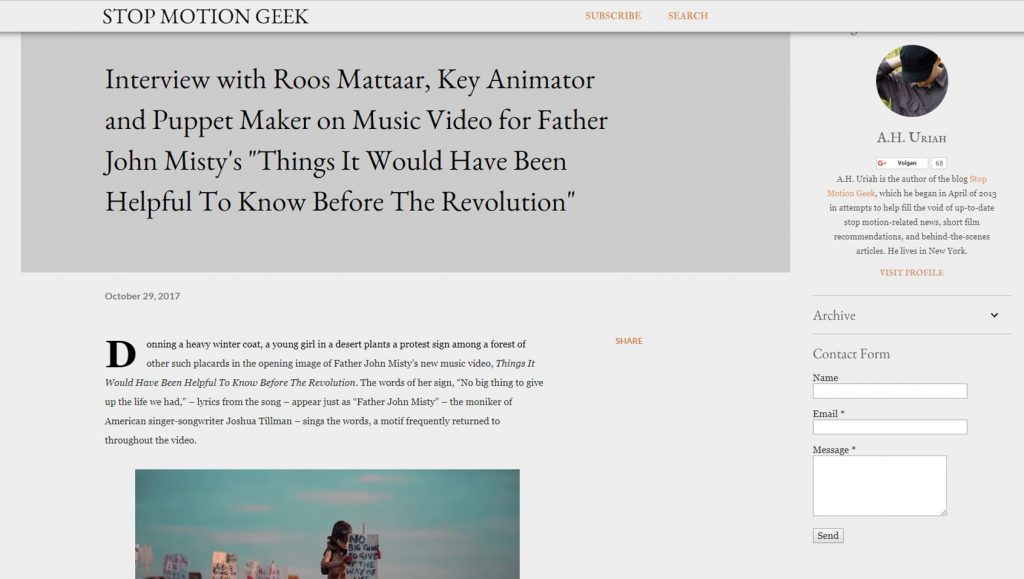