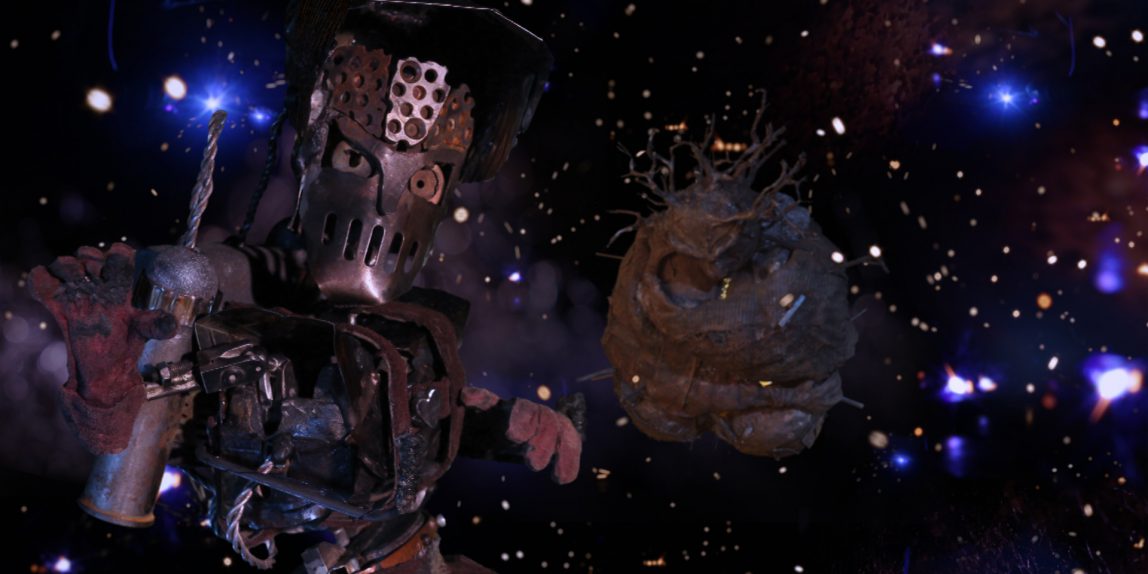 The last few months (… interrupted with teaching and more puppet making and pitching for other projects) I have been working very hard on a new project: I was commisioned to create a music video for the song ‘Welder’ by the Bristol based experimental rock band ‘My octopus Mind’.

“A manic metal inventor who lives on a small desolate planet is welding together his new creation. Whilst taking off into space to conquer new heights, mother Earth isn’t happy with the path of destruction he leaves behind…”

A universe made out of welding Sparks and smoke made of paint and the steam of a tea kettle. A puppet made of old armature bits and tin cans and a puppet that’s also a planet and a set. Lots of challenges and lots of fun and lots of long days and late nights in a dark room…

The video was featured on Skwigly Animation Magazine & Zippyframes. Read the articles here and here

“Welder’s movements are swift and determined, and it’s really interesting to have a non-likeable character as the film’s main hero. But it has to be said here: the master of the show is Mother Earth. She is grand, godlike and curiously attractive in appearance. She can give the kind of hug naughty children wouldn’t want to have but respect nevertheless.

Welder being a mixture of traditional puppet animation and live action footage and still photographs (with After Effects in digital compositing), is a sweet hand-made animated revenge  for the crime of overexploitation. Mattaar tunes her shots to the energy and angst of My Octopus Mind;  still, she presents a thoughtful version of a human creature too self-assured of his own props and junks to actually be able to see behind his metal armor.”
– Vassilis Kroustallis, Zippyframes

More behind the scenes of the making of the puppets following soon in the puppet fabrication section on my website.

For more regular behind the scenes updates check my Instagram: @stopmotionroos